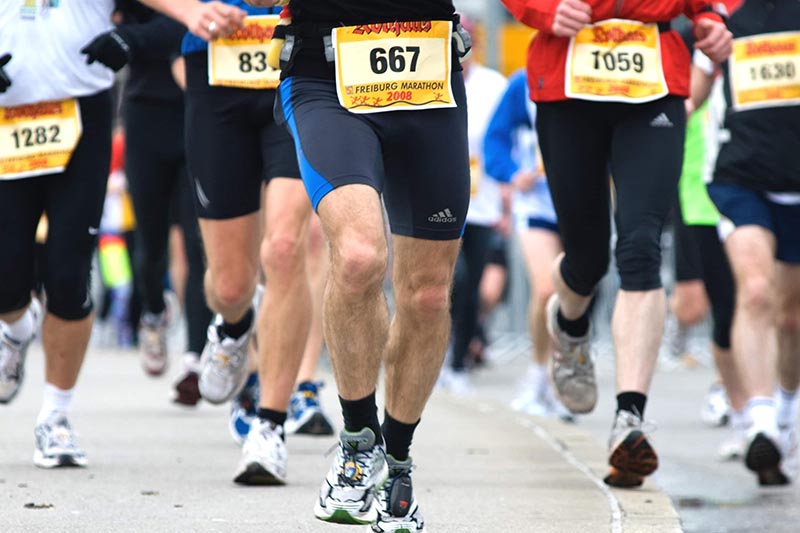 BETHESDA, MD — The annual marathon heretofore most noted for generating road rage in and about Bethesda, Maryland, has found a new name, theme, and heavily-funded sponsor.

Beginning this year it’s the Keep It Going Marathon. With fears looming of a negotiated settlement in Ukraine, participants are required to wear both blue and yellow “clearly visible and within a reasonable proximity to the correct shades of color.”

Explained Emily d’Inferno, spokesperson for the new race sponsor Lockheed-Martin, “We’re going to do our bit to cheer for runners and for brave Ukrainians, yelling ‘Keep It Going!’ at both of them.”

While the new race theme seems popular among the class of people interviewed, one Bethesda resident who chose to remain anonymous for national security reasons noted that his children’s nanny remarked recently that her taxes (and others’) gave Lockheed-Martin $75 billion last year so therefore she was the actual sponsor of the race.

Lockheed Martin is involved in U.S. and UK nuclear weapons, as well as being the producer of the horrific and disastrous F-35, and the THAAD missile systems used to escalate tensions around the globe and manufactured in 42 U.S. states the better to assure Congress members’ support.

In the United States in the 2020 election cycle, according to Open Secrets, Lockheed Martin’s affiliates spent almost $7 million on candidates, political parties, and PACs, and almost $13 million on lobbying including almost a half a million each on Donald Trump and Joe Biden, $197 thousand on Kay Granger, $138 thousand on Bernie Sanders, and $114 thousand on Chuck Schumer.

Congress members also own stock in and profit from Lockheed Martin’s profiting, including from the latest weapons shipments to Ukraine. Lockheed Martin’s stocks soar whenever there’s a new big war. Lockheed Martin brags that war is good for business. One Congresswoman bought Lockheed Martin stock on February 22, 2022, and the next day tweeted “War and rumors of war is incredibly profitable…”

Ignorant rabble have planned protests of Lockheed Martin in Bethesda and around the world for the week of April 21-28.