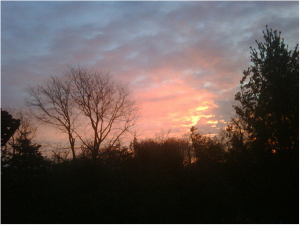 It is not enough to resist or fight the system and the problems that exist. It is absolutely inadequate to aim for repairing the symptoms of what is broken. We need big, positive visions which lift our sights higher, towards horizons where there are bright futures, not scotch tape and bubblegum fixes for the pathological system we currently inhabit.

Back in the early eighties, when I was a lonely pioneer in the field that has become Positive Psychology (I called it Positivity back then,) most of the world of psychology focused on pathology. Clinical psychologists asked the questions:
I had a different idea. How much can we help people by, instead of fixing what is broken or pathological, teaching them how to move in positive directions, helping them to develop positive skills. Instead of treating symptoms, we could help them develop habits and behaviors and attitudes that would lift them, regardless of the symptoms, towards greater health, happiness, inner strength and well-being. Of course, there was and is a place for pathology oriented “treatment” of psychological problems, but people back then were not talking about positive ways to lift people towards robust health, as opposed to the mainstream model of helping people to be not ill. I had an overhead transparency that something along the lines– Be Well, not not-sick.
Since those early days, starting, for me in 1981, the field of Positive psychology has emerged as a major new idea that has sprouted wings and legs of its own. The International Positive Psychology Summit meeting has over 1000 attendees and hundreds of presentations, and Positive Psychology has become a field unto itself with graduate departments at major universities.
Today, I’m prepping for an interview with Henry Giroux, a big picture thinker, and just published an article by Nathan Nahm, who, in his article, concludes, “It is high time that every one in America woke up for the reality we face. Stupid or not, we cannot have a useful prescription to our problem, if we don’t have a correct diagnosis.”
Nahm is talking about our economic political situation. Nahm’s remark and Giroux’s big questions in the writings and interviews I’m reading in preparation for our interview, remind me of my quest, earlier in my career, to re-think the way that we help people become and stay psychologically healthy.

And Giroux says, in his book, The Violence of Organized Forgetting,

“It is not enough for people of conscience only to expose the falseness of the stories we are told. Educators, artists, intellectuals, workers, young people and other concerned citizens also need to create alternative narratives about what the promise of democracy might be for our communities and ourselves.”

The field of positive psychology has evolved by describing different aspects and elements of living a positive life and maintaining a positive state of mind, attitudes, emotions, even ways of seeing– ie., the phenomenology of positivity.
Why can’t the same concept be applied to people, to cultures, to nation states, to politics and economics? We can ask the questions:
This work is under way. Economists like David Korten and Gar Alperovitz and Thom Hartmann are writing and speaking about economic models that support workers and the commons. YesMagazine explores such positive visions as their mission. We need to make this a bigger, stronger movement. We need t build a wave that creates a vision and which supports a whole culture, which includes political platforms, academic studies and grassroots movements.
I’ve been writing a lot about bottom-up visions and values– citing the writings of E.F. Schumacher, the research of Primatologists and anthropologists who have made it clear that we humans lived for hundreds of thousands of years in more humane, more empathic, kinder cultures that were wiped out by civilization and industrialization. We need a future positive anthropological vision of what we can become, what we can return to– smaller, more local, more caring, kind, empathic, connected, interdependent, cooperative, at harmony with nature.
As I said at the beginning of this article, it is not enough to resist the system and the problems that exist. It is absolutely inadequate to aim for repairing the symptoms of what is broken. We need big, positive visions which lift our sights higher, towards horizons where there are bright futures, not scotch tape and bubblegum fixes for the pathological system we currently inhabit.
Those visions will include positive visions and models for ecology, energy, food, healthcare, economics, education, politics, power, justice, freedom, democracy, media, entertainment, for starters.
There will be characteristics that will apply to all– sustainability, justice and fairness, kindness and empathy, empowerment of agency and consciousness, basic rules and regulations.
These big visions and questions will set out possible futures with solutions that may or not be compatible with the existing system, the existing powers that be. We talk about exploring outer space and the bottoms of the deepest ocean trenches– as unexplored territories. Well, we also need to explore new possibilities, the possible human, as Jean Houston described, and the positive future– unexplored ways that we can ALL live together and survive healthily and happily on this one and only planet we call home.