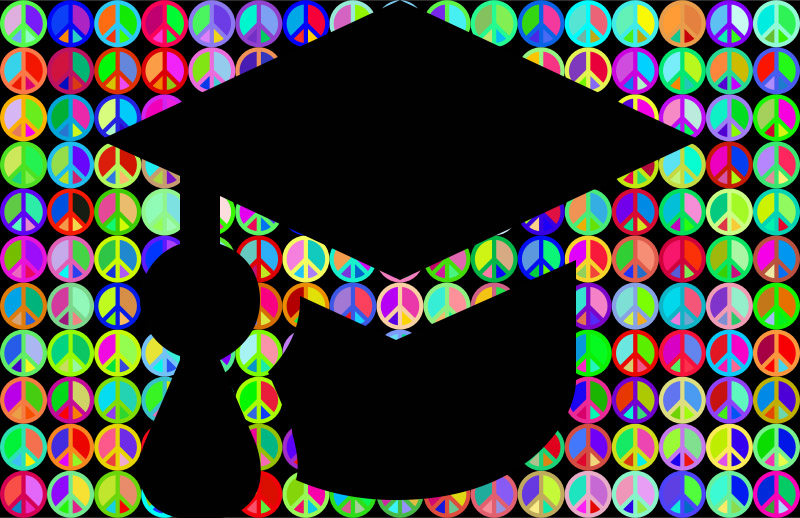 The one nation on Earth that has not ratified the Convention on the Rights of the Child, the leading hold-out on basic human rights treaties in general, and the wealthy nation that imposes the biggest hurdles on young people seeking an education has a reason that’s seldom talked about for making college expensive and keeping the chains of student debt wrapped tightly around millions of ankles — and it’s a reason related to the militarized spreading of the Rules Based Order.

“Student loan forgiveness undermines one of our military’s greatest recruitment tools at a time of dangerously low enlistments,” wrote U.S. Congressman Jim Banks in August 2022, a sentiment echoed and expanded upon in a letter sent in September to President Joe Biden by 19 U.S. Congress Members — apparently given license by partisanship (they are Republicans) to “say the quiet parts out loud.” For many years it’s been an ill-kept secret that the single biggest factor in U.S. military recruitment is poverty / the absence of education as a right / the lack of other career prospects. But for most of those years, talk of the poverty draft has mostly been heard from peace advocates, or in documents that the military didn’t mean to make public. Now it’s openly advocated: keep the people poor so that we can bribe them into the war machine.

We’ve seen the same issue dragged into the light of day around immigration in the United States. Whenever there seems the slightest danger of easing the path to U.S. citizenship for immigrants, voices are raised in Washington D.C., without shame or scruple, in support of making participation in the U.S. military a means of obtaining citizenship.

I think supporters of peace should promote making education a right in the United States for the following reasons:

1) The place claims to be a democracy and has a president and Congress elected promising to make college free. (Party platform.) (Campaign website.) Nobody wants democracy to look bad.

2) Education, if done right, is good for peace and bad for war propaganda.

3) Young people losing the burden of massive debt is very good for civic engagement and activism.

4) Those of us in favor of the absence of war are also, in most cases, in favor of the presence of many good things that could be purchased for a fraction of war spending, and free college is one of them. As the movement against the giant pit into which the most money is dumped, the peace movement has something to offer in joining with the education movement.

5) Taking away the top recruitment tool of the U.S. military could help the cause of peace.

Yes, wars can use local fighters and mercenaries and robots. Yes, the military can offer unheard of signing bonuses. Yes, the warmongers could seize the opportunity to demand compulsory service (perhaps packaged with some sort of sweet smelling non-military option) or a draft (a progressive pink one with young women forced against their will to kill and die as a matter of equal rights), and no we do not want a draft as some sort of path to peace through the opposition it would generate, and yes, we could lose at any step in this struggle. But we have to try. And starting to win could look like: the closing of foreign bases, or even the scaling back of foreign wars. A U.S. military that gets desperate can, and often will, shoot itself in the foot.

While I think our focus here should be on making college free — past and future — it’s also helpful for us, in the meantime, to help those who now have some marginal alternative prospect to choose it over joining a military.  This video may help.

Here’s a one-minute self-assessment on your suitability for a military career:

Would you enjoy risking your life for what U.S. military commanders often describe as counter-productive missions or pointless “muddling along”?

Do you appreciate being yelled at and senselessly abused?

While your friends might be getting regular jobs and enjoying the good life, maybe getting married and having kiddies, you’ll be living in a barracks with sergeants yelling at you, busting your gut in strenuous training. Sound good?

How do you feel about dramatically increased risk of sexual assault?

How do you feel about dramatically increased risk of suicide?

Soldiers must expect to carry 120 pounds for long distances and up hills, so back injuries are plentiful, along with the life-limiting dangers of combat training, including from the testing of weaponry and chemicals. Sound appealing?

Does the idea of physical injury or death in some country far away where the citizens who are unhappy with your presence shoot at you or blow off your legs with a roadside bomb encourage you to enlist?

Do you long for traumatic brain injury or PTSD or moral guilt, or all three?

Expect to see the world? You’re more likely to see a tent on the dirt in some place too dangerous to explore because the people do not want you there.

How will you feel if you start out believing you’re serving some noble cause and realize half-way through that you’re just making a few greedy people rich?

We hope that this short self-assessment has been helpful to you in making an important life choice.

Also think about Section 9-b of the Enlistment/Reenlistment Contract before you sign it:
“Laws and regulations that govern military personnel may change without notice to me. Such changes may affect my status, pay, allowances, benefits, and responsibilities as a member of the Armed Forces REGARDLESS of the provisions of this enlistment/reenlistment document.”

In other words, it’s a one-way contract. They can change it. You cannot.