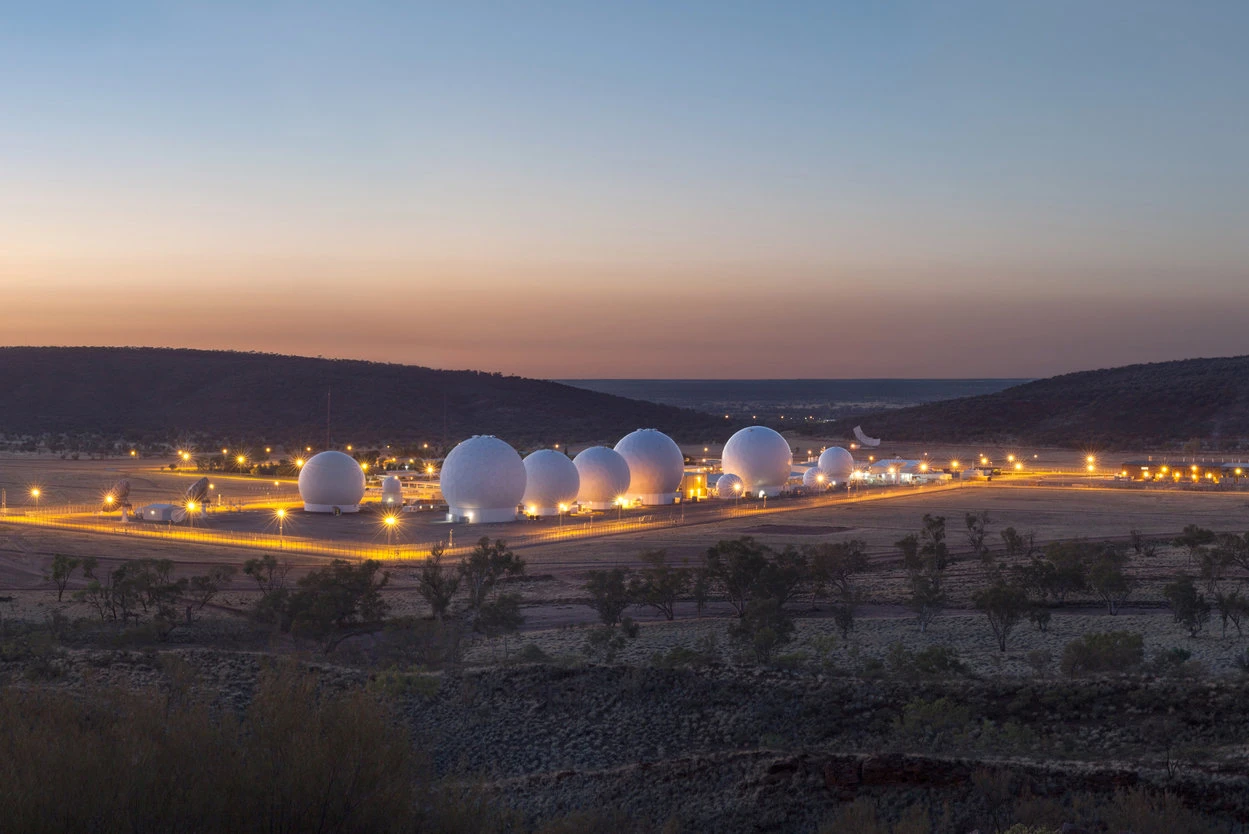 A new book by Kieran Finnane has the title “Peace Crimes.” It refers to acts of civil disobedience against war, or civil resistance to war. My hope is that the phrase continues to sound as absurd as it does now, and that someday the phrase “war crimes” joins it in sounding outrageously ridiculous. “Peace crimes” should sound ludicrous because acting peacefully for peace is the most anti-criminal action possible. “War crimes” should sound ludicrous because war is the most criminal action possible, not a legitimate enterprise to which small crimes can be attached — a situation that makes “war crimes” as redundant and nonsensical as “slavery crimes” or “rape crimes” or “robbery crimes” would be if such phrases existed.

The book’s full title is Peace Crimes: Pine Gap, National Security, and Dissent. Viewers of Netflix know what Pine Gap is, of course. It’s the super important, appropriately secret, communications hub in the Australian desert, at which handsome, hardworking Americans do their utmost to protect innocent U.S. presidents minding their own business from the violence of irrational foreigners, while at the same time trying to mollify the high-maintenance residents of the Australian backwater of the greatest empire the universe will ever know. Key to keeping the Australians happy, naturally, is reassuring them that they’re the very best U.S. partner on whose behalf the United States will use massive violence should Japan or Korea or some other colony suddenly turn on them — an act feared by exactly no serious analysis, an act that would be 100% dependent on U.S. weapons, an act . . . but let’s try not to get bogged down in plot details.

Pine Gap is in reality a formerly CIA, now U.S. military base that’s used together with similar bases and ships and planes around the world to spy on the world and to target weapons — such as drone missiles and nuclear missiles — at the world. Pine Gap is used to commit murder, both as part of wars and — what seems to bother people more — not as part of wars, as well as to plan for — what bothers people least of all — the complete destruction of nuclear apocalypse. For decades, some admirable Australians have risked their safety and their freedom to protest Pine Gap — even to photograph Pine Gap.

The super spies who work at Pine Gap are outraged by this, of course, as they believe the fate of the empire depends on strict secrecy, and that reckless rabble from the rebel alliance put us all at risk through their goofy interest in morality, respect for indigenous rights, and total indifference to the profits of Raytheon. The same super spies, as is typical, are incapable of keeping unarmed activists outside a fence, or of refraining from revealing much of what they do at Pine Gap in their LinkedIn profiles. But, to their credit, they do — in partnership with the Australian military — uphold standards of law, decency, and respectability in the face of lawless peace mongering, never stooping to ape the most barbaric of U.S. military conduct available in mass media. Here’s how one protester was arrested — in this case at another military base in Australia:

“Greg Rolles . . . said he told two soldiers advancing on him that he was a nonviolent protester and wouldn’t be resisting; still they tackled him to the ground. Pulling a hessian sack over his head, one of them said, ‘Welcome to the bag, motherfucker.’ . . . The soldiers rolled Greg onto his stomach, pulled his pants and underpants down, dragged him by his handcuffed wrists along the ground for some ten metres, his genitals exposed.”

Peace Crimes focuses on one protest action involving five people entering Pine Gap and praying and playing music for peace — a Catholic-worker-style, ploughshares action. Such actions are engaged in around the world and within the United States. U.S. peace activists Kathy Kelly and Malachy Kilbride are mentioned in the book as having visited and encouraged Australian activists. But things are different on the outskirts of the empire. One is allowed, in court, to articulate more of an explanation, a defense, an argument for the necessity of intervening to prevent a larger crime; the courts are less vicious in sentencing; there’s support for the activists expressed in the government; and the books about the actions are written better. 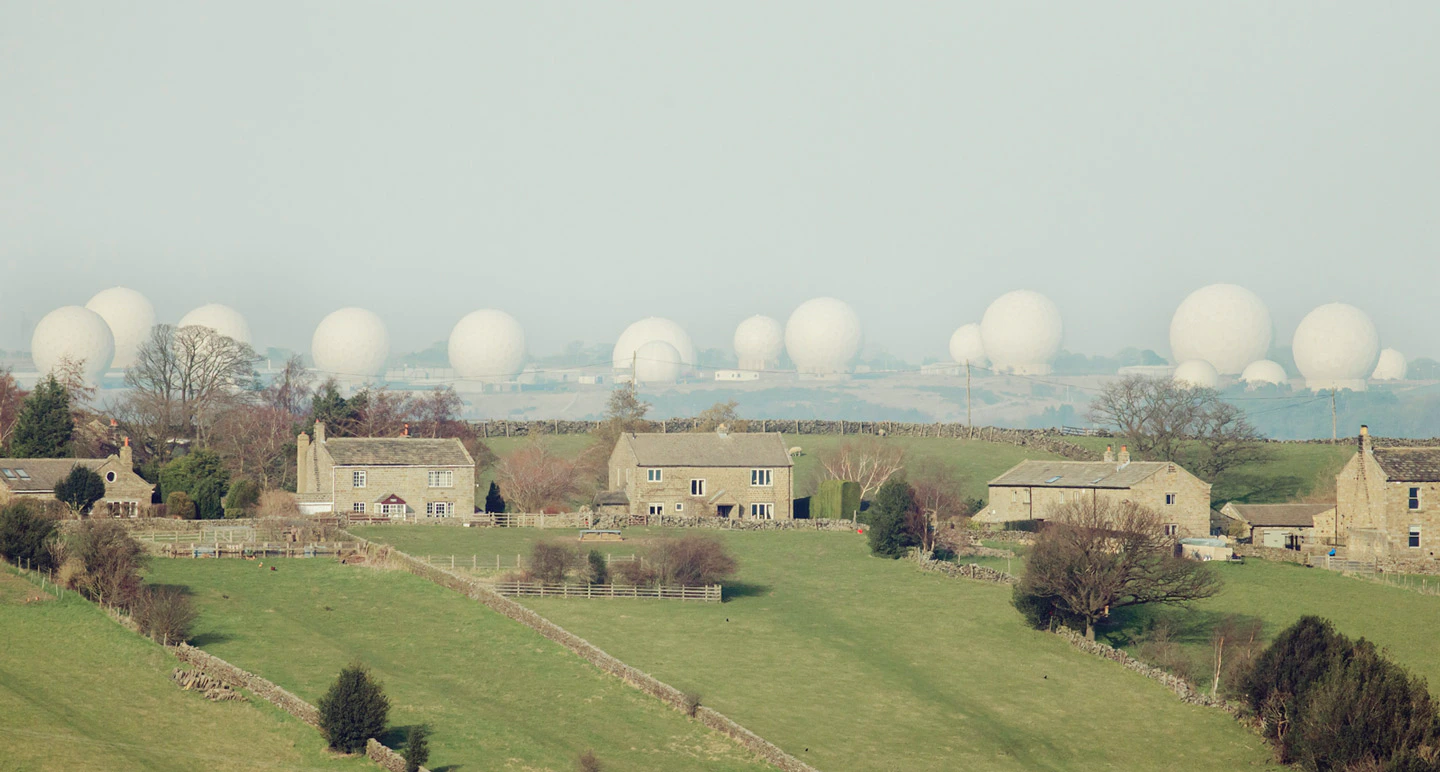 Photo by Trevor Paglen of the Menwith Hill base in England, which is engaged in criminal activity similar to and in collaboration with the base at Pine Gap.