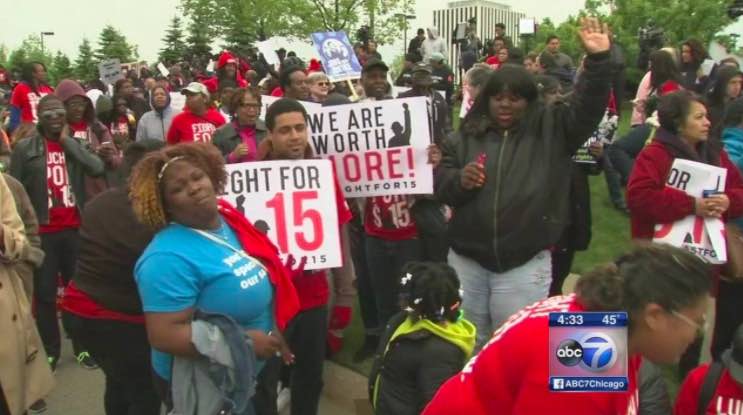 American workers have a huge opportunity as a result of this coronavirus pandemic — an opportunity to massively expand union membership in the workplace, and a chance, after decades of being ignored by Congress, to finally win a desperately needed increase in the federal minimum wage from it’s current $7.25 per hour to at least $15 per hour.

Republicans in Congress, notably Senate Majority Leader Mitch McConnell (R-KY), are unhappy with the supplemental $600 per week that laid-off workers are getting with their unemployment checks. They’re afraid workers won’t try to get a new job until their unemployment checks end, so they are saying they will refuse any effort by Democrats to push for an extension of the program.

Never mind that there are now more people unemployed — well over 27 percent of the workforce at this point and possibly nearly half of all workers when gig workers and small owners of independent businesses are added in. That’s a significantly higher unemployment rate than at the depth of the Great Depression when joblessness hit 24.9 percent in 1933, and virtually no serious economist thinks that the economy is going to bounce back any time soon — meaning that unemployment will be at record levels for considerable time, and that jobs will be hard to find.

Indeed some are warning that as many as 40 percent of the people laid off will not be getting rehired, either because their employers — restaurants, theaters, small businesses, and even significant companies like Hertz or JC Penny’s — are going bust.

The truth is, McConnell is right about workers not wanting to lose their unemployment  status by going back to some crappy job paying minimum wage or maybe a buck or two more an hour.

That $600 weekly check from Uncle Sam is an interesting number. It’s what you’d earn for a 40-hour week if you were getting paid $15 an hour by the boss. It’s more than double the paltry $290  a week that workers get if they’re paid the federal minimum wage that is in effect in 18 states.

There’s an old saying:  “How’re you gonna keep them down on the farm, after they’ve seen (fill in the blank).”  And it’s true. According to researchers, a third to two-thirds of all American workers — that would be between 50-100 million of us — work for poverty wages. According to a 2017 study by the Economic Policy Institute, fully 11.5 percent of US workers or one in nine of all workers, were earning less than a poverty-level income before the current wave of layoffs and shutdowns. And it should also be pointed out that the minimum wage of $7.25 that is what so many US workers earn (that’s gross pay before deductions for income tax, state and local taxes and Social Security, not take-home pay) is the same as it was in 2009, while inflation has reduced its buying power by 19 percent…