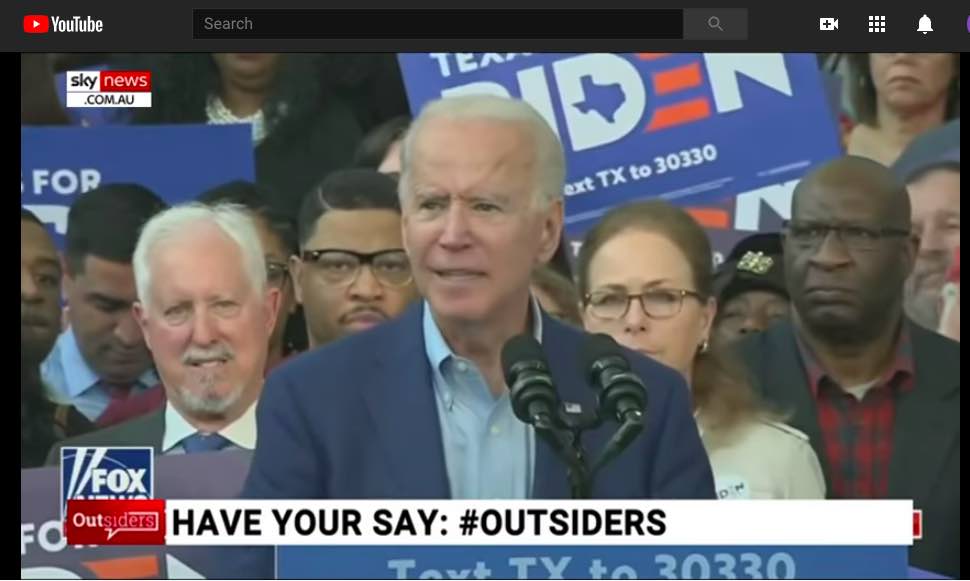 The US is heading into uncharted waters as a polity, with the two likely candidates for president this November both clearly suffering from significant cognitive impairment and evidence of continuing mental decline.

Back in 1980, the American voters elected a man, Ronald Reagan, who unbeknownst to them already had the beginnings of Alzheimer’s dementia. By 1984 and his campaign for a second term of office, his White House staff and his wife Nancy were well aware of his growing mental impairment and decline, but kept it secret.  It reached a point that he during his second term he was using cue cards to converse with foreign leaders.

Because of his experience and training as an actor and television personage, Reagan was skilled at reading from a teleprompter, which allowed his condition to be largely hidden from the public. He could still act, and had that endearing genial nod of the head that reassured people, but the truth was that a cabal of dark personalities were actually running the White House in his final years in office. Once he left, his decline into the darkness of dementia was shockingly rapid — the real reason being that he was already there while he was the president.

Now we have a president, Donald Trump, who clearly has cognitive impairment, not to mention severe and debilitating psychological issues, ranging from acute narcissism, sociopathy, grandiosity and probably bi-polar disorder, as well as early signs of dementia, with evident symptoms of “word-hunger” and other issues. At the same time, in this election year, it appears that if the voters do see fit to deny a second term to the mentally challenged Trump, it will only be to turn the White House over to another guy with mental impairment issues: former vice president Joe Biden.

It is increasingly clear that Biden, who recently on a campaign stage confused his wife with his sister, who, reminiscent of President Reagan, cannot make a point clearly unless he is reading from a teleprompter, is already pretty well along in losing his short-term memory and his cognitive ability (which was not that great to start with, frankly).

Yet the powers that control the Democratic Party, who were so desperate to prevent Sen. Bernie Sanders from winning the primaries, taking over the party and replacing the neo-liberals controlling the Democratic National Committee that they decided to subvert his campaign and replace him as the presumptive candidate with Biden, are now pushing ahead  with that choice despite mounting evidence of his total unfitness for the office of president.

The most likely outcome of this disaster is that we will end up having to survive another four years of Trump. The other outcome, of course, is that Biden will somehow manage to eke out a victory in the November election and we’ll have put in the White House another demented front man for an unelected cabal of behind-the-scenes puppet-masters to run the country…