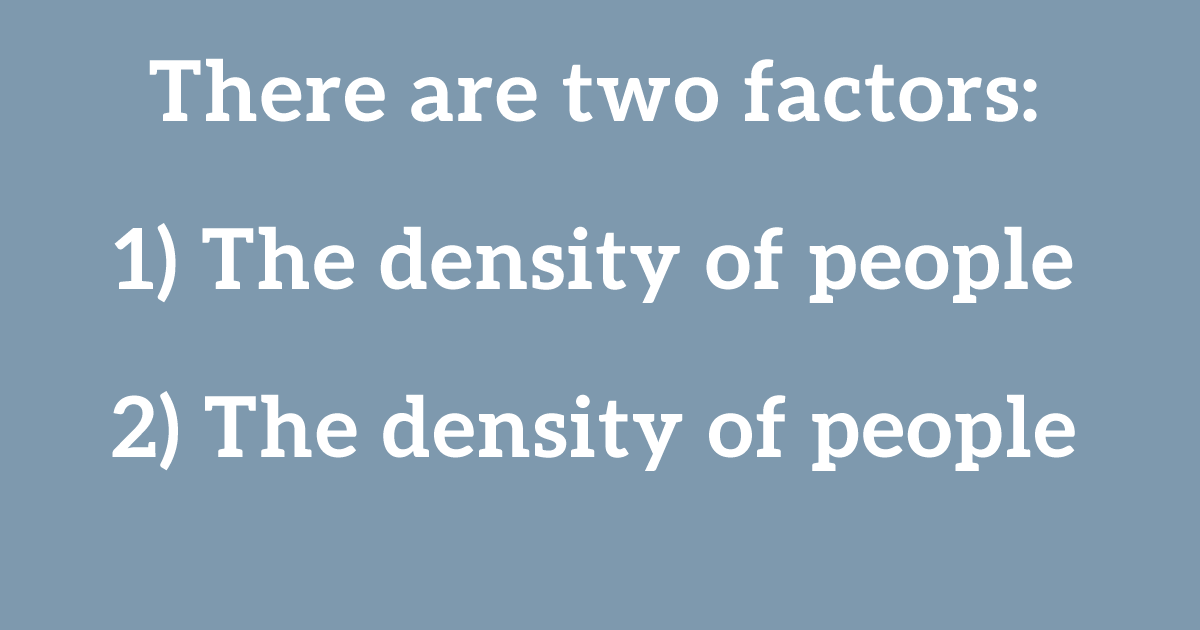 I know it’s stiff competition, but hear me out.

The threat of nuclear apocalypse is higher than ever. The threat of irreversible climate collapse is higher than ever and massively contributed to by militarism. The trillions of dollars being dumped into militarism are desperately needed for actual defense against these dangers including spin-off catastrophes like coronavirus. But military jobs and weapons production jobs (producing weapons for dictatorships and so-called democracies around the world; the U.S. handles 80% of the globe’s foreign weapons sales) are being deemed “essential” and actually being boosted with more funding.

Meanwhile, the damage already done and still ongoing from wars and sanctions around the world has rendered the damaged areas at much greater risk of deaths from coronavirus. At the same time, militaries are concentrating their members much as prisons are doing, and are raising the risks for everyone, just as prisons and churches and Florida’s beaches are doing. And the U.S. military is stepping up — I kid you not — it’s face-to-face recruitment efforts in order to concentrate more young people.

What would be the dumbest thing Congress could do in this moment? I mean, other than allowing Trump to remain in office? Surely it would be HR 6415, a bill to force young women to register for a military draft that would force them against their will to kill and die in any war desired by oil corporations or reality-tv dictators, as well as to further expand military recruitment, further expand JROTC, and further expand the use of military recruitment testing in U.S. schools — often done without ever telling the students what purpose is served by the test imposed on them.

Sticking with the theme of honesty and openness, this murderous bill is wrapped in a coating of civic spirit and public service with non-military options that help sell the bill while also helping to normalize mass-murder as just one (albeit the best paid and most heavily marketed) option on a list of humanitarian services that young people can “give back” to the generations that have just about completely fucked them out of a decent world.

Fortunately, there is also a good bill in Congress that does one small piece of what’s needed. HR 5492 would repeal the Selective Service Act.

Barring extremely unlikely actions by courts, Congress has to either abolish draft registration — and isn’t this the moment for such a fit of sanity? — or expand it to women. It’s actually been ruled — and, again, I kid you not — an unconstitutional violation of women’s rights not to force them to sign up to be forced against their will to kill and die. And don’t go imagining for a moment that your good liberal heroes in Congress won’t eagerly give young women that right. Yet — for some reason that I can’t understand — the eight sponsors of HR 6415 seem to include no one who has ever been a leader for women’s rights, only one person who is a woman, yet a whole bunch of promoters of militarism, a number of them heavily funded by weapons dealers.

There is also, just to complicate things, a crowd of aging peaceniks that wants to expand draft registration to women and immediately launch a draft, due to the highly questionable belief that such a step would reduce rather than increase war-making.

A number of tools and resources to help sort through this embarrassing mess are at https://worldbeyondwar.org/repeal/

If you are from the United States, you can click here to quickly email your Representative and your two Senators to urge them to co-sponsor HR 5492, and not HR 6415.

The United States had an active draft from 1940 to 1973 (except for one year between 1947 and 1948). It also had numerous wars including in Korea and Vietnam. The Vietnam War not only persisted for many years during the draft, killing far more people than any U.S. war since, but also continued for two years after the draft ended. And the only reason the war could continue was because the military had a steady stream of draftees.

Wars have usually been facilitated by a draft, not prevented. The drafts in the U.S. civil war (both sides), the two world wars, and the war on Korea did not end those wars, despite being much larger and in some cases fairer than the draft during the U.S. war on Vietnam.

On April 24, 2019, the National Commission on Military, National, and Public Service heard testimony from Major General John R. Evans, Jr., Commanding General, U.S. Army Cadet Command; Mr. James Stewart, Under Secretary of Defense (Personnel & Readiness); and Rear Admiral John Polowczyk, Vice Director of Logistics for the Joint Chiefs of Staff. They all testified that the Selective Service System was important for insuring and enabling their war-making plans. Stewart said that enacting a draft would show national resolve in support of war-making efforts. John Polowczyk said, “I think that gives us some ability to plan.”

The recommendations of the National Commission on Military, National, and Public Service, which went through a lengthy process of pretending to listen to people that in reality was more of an exercise in push-polling, recently issued recommendations that are mirrored by HR 6415.

World BEYOND War: Statement to the National Commission on Military, National, and Public Service

Bill Galvin and Maria Santelli, Center on Conscience & War: It is time to abolish draft registration and restore full rights to people of conscience

David Swanson: Draft Registration Will Be Either Ended or Imposed on Women

David Swanson: How to Oppose the Draft for Women and Not Be Sexist

Rivera Sun: It’s Time. End the Draft Once and for All

Rivera Sun: Women’s Draft? Sign Me Up To Abolish War