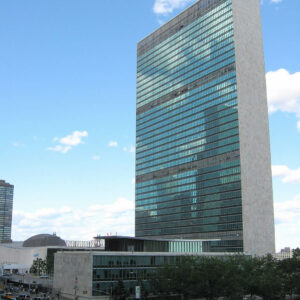 KOREAN BELOW THE ENGLISH

I’ve never heard of or even seen fantasized a society or a government that wasn’t deeply flawed. I know neither North nor South Korea is an exception. But the primary impediment to peace in Korea appears to be the United States: its government, its media, its billionaires, its people, and even the arm of the U.S. called the United Nations.

The U.S. public has, and chooses to have, very little control over its government, and is easily manipulated by the corporate media. But public opinion still matters. In U.S. national mythology, the wars most easily twisted into glorious undertakings loom largest. The U.S. war for independence is glorious because, obviously, as everyone knows, Canada, India, and the rest of the British Empire remain brutally enslaved by the English monarch. The U.S. Civil War is glorious because it was against slavery, while much of the world ending slavery and serfdom without similar slaughters is a freak occurrence one can draw no lessons from. And, above all, World War II is glorious because it was to save the Jews from the Nazis, even though it wasn’t that until after it was over.

These wars all involved something else that living members of the U.S. military know only from distant legends. They involved surrenders by defeated enemies. The surrenders may have been primarily to the French in one case and to the Russians in another, but they happened, and it’s not hard to pretend they were surrenders of evil to goodness. In fact it’s heresy to even hint at anything subtler than that.

Nobody — not even Barack Obama, who tried — has figured out how to effectively sell what they call the Korean War as a glorious victory. And so one hears very little about it. Most things that happened in the United States at the time of the Korean War are simply described as happening “after World War II.” The transformation of the peace holiday Armistice Day into the war holiday Veterans Day, for example. Or the development of the permanent military industrial complex, and permanent wars, and CIA wars with nothing off limits, and nuclear threats, and deadly sanctions.

Nobody gives the Korean War era credit for all the wonderful and lasting things the United States did to itself in that period. Without the accomplishments of those days it’s even possible that something could go wrong in the United States today and not be blamed on Russia. Imagine having to live in such a world.

When the Korean War is mentioned it is often mentioned purely as an occasion when the sainted Troops obeyed orders and served. Never mind served what. One must oneself be a good troop and not ask that question. Or it is depicted as a defensive war that rescued freedom from aggression. I have no doubt that more people in the United States could tell you that North Korea started the war than could tell you where Korea is on a map, what language is spoken there, or whether the United States has any troops there.

So, I think it’s important that we remember a few things. The United States government divided Korea in half. The United States government imposed a brutal dictatorship on South Korea with a U.S.-educated dictator. That dictator, with U.S. complicity, massacred South Koreans. He also sought out war with North Korea and launched raids across the border prior to the official start of the war. The U.S. military dropped 30,000 tons of explosives on North Korea, much of it after pilots began complaining about the “scarcity of strategic targets” left standing. The U.S., in addition, dropped 32,000 tons of napalm on the Korean Peninsula, principally targeting civilian human beings where they lived. Still not satisfied, the United States dropped insects and feathers containing bubonic plague and other diseases in hopes of starting epidemics. A side benefit of those efforts is very probably the spread of Lyme disease, very likely spread from Plum Island off the tip of Long Island, New York. The U.S.-led war on North Korea may have killed some 20 to 30 percent of the population of the North, not to mention those in the South killed by both sides. Few Koreans in the North do not have relatives who were killed or wounded or made homeless. U.S. politics is still twisted by the U.S. Civil War of over 150 years ago, but few in the United States imagine that the Korean War of less than 70 years ago has anything to do with current North Korean behavior.

The United States has prevented the war from officially ending or the two Koreas from reuniting. It has imposed deadly sanctions on the people of the North, which have been failing spectacularly to accomplish their stated purpose for several decades. It has threatened North Korea and militarized South Korea over whose military it has maintained war-time control. North Korea negotiated a disarmament agreement with the United States in the 1990s and for the most part abided by it, but the United States did not. The United States called North Korea part of an axis of evil, destroyed one of that axis’s other two members, and has threatened to destroy the third member ever since. And ever since, North Korea has said that it would re-negotiate but has built the weapons it thinks will protect it. It has said it would renegotiate if the United States will commit to not attacking it again, will stop putting missiles in South Korea, will stop flying practice nuking missions near North Korea.

That we have seen steps toward peace and reunification is remarkable, and greatly to the credit of nonviolent activists from the South and the North, with some small assistance from others around the world. Success would present a model to the world, not only of how to end a long-standing war. We’ve just seen a Nobel Peace Prize awarded to the Prime Minister of Ethiopia for that feat. Success would present the world with a model of how to end a long-standing war that the U.S. government does not want ended. The whole world has a stake in what happens in Korea, not only because we are all brothers and sisters, and not only because the notion of a contained nuclear war is a product of dangerous ignorance, but also because the world needs examples of how to keep the peace against the will of the world’s self-appointed policeman.

When somebody compliments Trump on his hair or whatever it is, and he swings from threatening apocalypse to proposing peace, the appropriate response is not partisan outrage, not a declaration that U.S. troops must never leave Korea, but rather relief and encouragement. And if the President of South Korea believes that giving Trump a Nobel Peace Prize would cause him to allow peace in Korea, then I’m all for it. The prize has been given out before to people who never earned it.

I think, however, that there are other means available to us to encourage peace. I think we need to shame and reform and take over and replace U.S. media outlets that cheer for war and condemn peace talks. I think we need to shame those who profit when weapons stocks soar on Wall Street because Trump threatens Armageddon, and who lose fortunes when the danger rises of peace breaking out. We need our local governments and universities and investment funds to take our money out of weapons of mass destruction.

The world, through the United Nations and otherwise, needs to demand a permanent and complete end to war rehearsals in and near South Korea. The U.S. Congress needs to restore the Iran nuclear agreement, making it a treaty, and uphold the Intermediate Range Nuclear Forces Treaty, and comply with the nuclear nonproliferation treaty, so that the government of North Korea begins to have some basis for believing anything the U.S. government says.

The United Nations needs to cease providing cover for U.S. wars. The U.N. instructed the United States in 1975 to dissolve the so-called United Nations Command in South Korea, to take the U.N. name off a U.S. imperial enterprise. The U.S. is in violation of that resolution. The U.S. builds, tests, and threatens to use nuclear weapons far beyond what North Korea does, yet the U.N. sees fit to sanction North Korea, and not to sanction the U.S. government.

It is long since time for the world to hold the United States to the rule of law on an equal basis with every other government. It is long since time for the world to follow through on banning all nuclear weapons. I know seven people in the United States called the Kings Bay Plowshares 7 who are at risk of 25 years in prison for protesting nuclear weapons. There was a man not long ago in South Korea who burned himself to death in protest of U.S. weapons in his country. If these people can do so much, surely the rest of us can do more than we have.

The U.S. House of Representatives has passed a bill not yet agreed to by the Senate which, among other things, would support ending the Korean War, and would require that the Pentagon justify every foreign military base as somehow making the United States safer. Those two steps would allow a peace agreement in Korea and, if truly followed through on, require the closure of every golf course and chain restaurant in every mini-United-States-fortress in South Korea and around the globe, since these bases do not make the United States safer, and in many cases generate hostilities. So, we need to keep those measures in the so-called National Defense Authorization Act.

Ultimately, we need public pressure from around the world and within the United States, and through global institutions, to compel the U.S. government to plan and begin a withdrawal from Korea. This need not be an abandonment of Korea. It could be a deeper friendship with a unified or unifying Korea. I certainly manage to be friends with people who don’t oversee armed occupations of my house. Such friendships may be rare and treasonous and isolationist, but I think they’re possible nonetheless.

But Korea is one corner of the world. We need with some urgency to similarly advance toward an ending of wars and war preparations everywhere. That’s the mission of a global organization I direct called World BEYOND War. I encourage you to go to worldbeyondwar.org and sign the declaration of peace there which has been signed in 175 countries. Together we can make war and the threat of war things of the past.