Limerick, Ireland, now has billboards up at Clare Street, John Street, John Street in Waterford, and Dublin Road in Singland. The billboards are part of the promotion of an upcoming global antiwar conference and rally. They’re also part of a global campaign by World BEYOND War to spread peace and antiwar messages everywhere. Here are images: 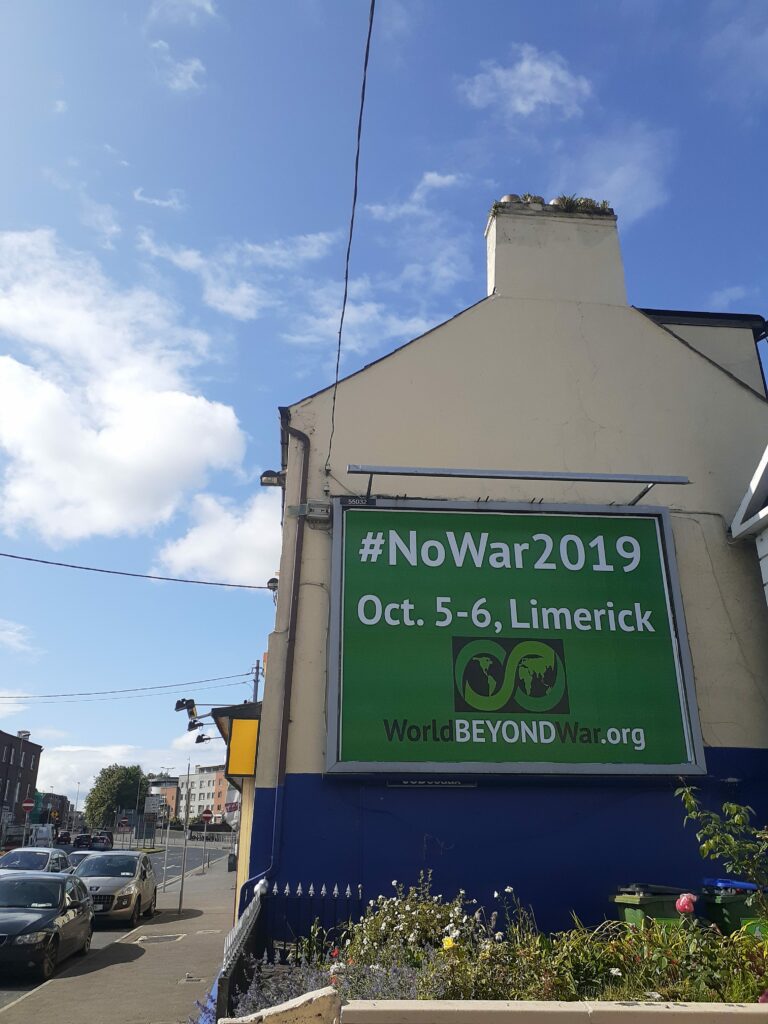 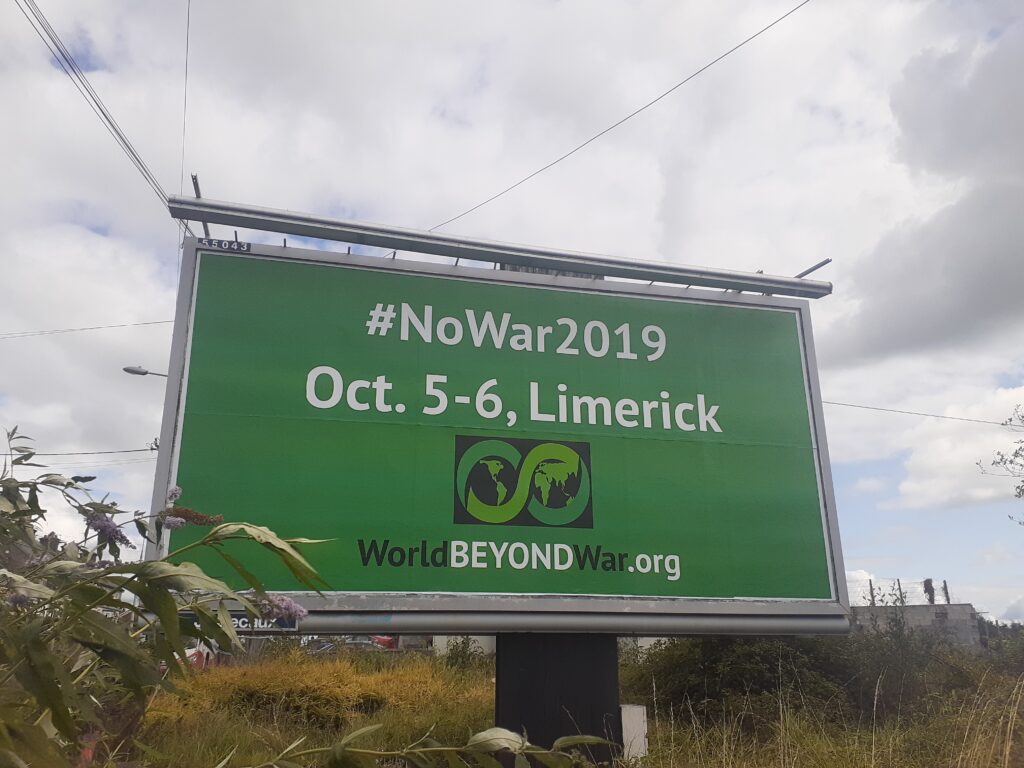 Of course, we use other means of promotion, such as bulletin boards, too: 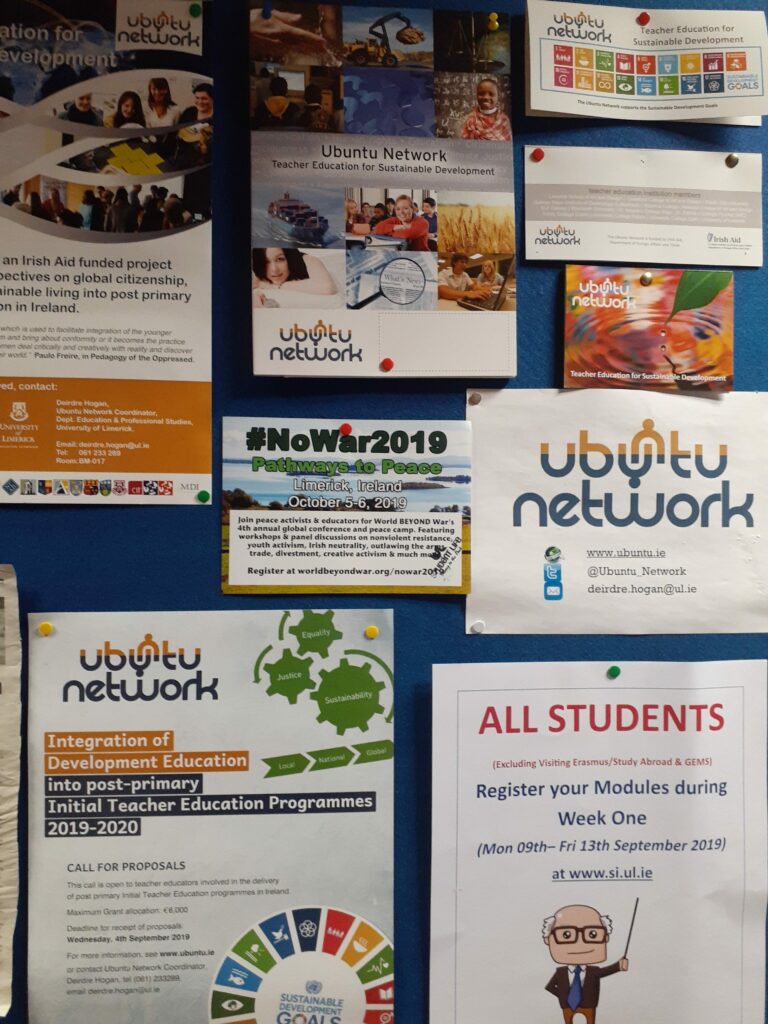 Here’s one we put up in New York City: 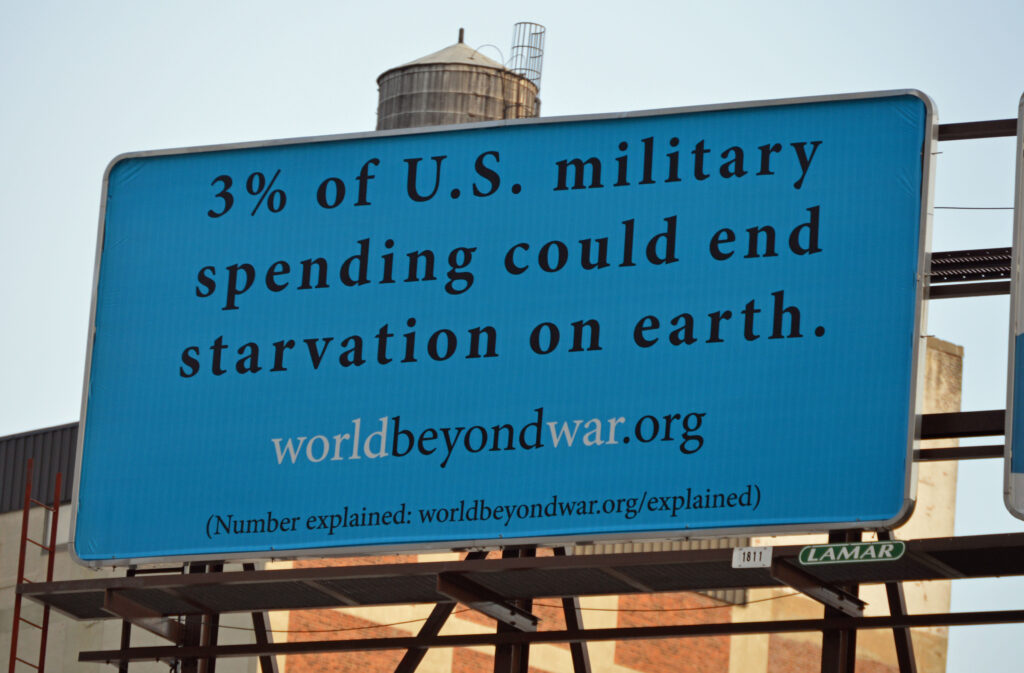 Here’s one in Syracuse, NY, near a U.S. drone base:

The billboards project is described in more detail here. And here is where you can chip in funding so that we can put up more billboards. You can also send us suggestions for where to put them and what they should say. We look forward to hearing from you.