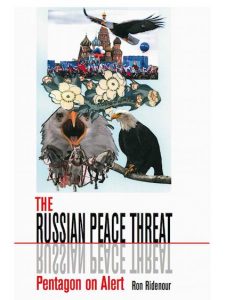 In the preface to his remarkable three-volume History of the Russian Revolution, Leon Trotsky, writing in 1930 about earth-shaking events in which he was a key actor, explains his view of writing history. Citing the reactionary French historian Louis Madelin, who wrote that “…the historian ought to stand upon the wall of a threatened city, and behold at the same time the besiegers and the besieged” in order to achieve a “conciliatory justice,” Trotsky scoffs that “The words of Madelin himself testify that if he climbs out on the wall dividing the two camps, it is only in the character of a reconnoiterer for the reaction.”  In contrast, Trotsky, while vowing to draw on historic documents, not fallible personal memory or anecdote, in explaining the events in which he played a key role, says that he will be writing with a “scientific conscientiousness, which for its sympathies and antipathies — open and undisguised — seeks support in an honest study of the facts, a determination of their real connections, an exposure of the causal laws of their movements.”

Ron Ridenour, a veteran journalist and author, former member of the US Communist Party, dedicated anti-war activist and a self-described revolutionary socialist, like Trotsky writes from a perspective of outside the city wall, but in his latest book, Pentagon on Alert: The Russian Peace Threat (Punto Press, New York, 2018), does an admirable of job, with an abundance of readily accessible citations (hot-linked in the book’s online version), of presenting, instead of some coldly “objective” history, the perspective of someone passionately opposed to American imperialism and to this country’s century-long hostilty towards Russia. He documents how from the outset of the Russian revolution of 1917, when US marines joined other European armies in seeking to overthrow the new socialist state by force, down to the present, Washington, whichever party was in power, has sought to hem in the Soviet Union, and now the Russian Federation, on all sides, with the ultimate aim being to create a client regime through “regime change,” or to destroy the country with a nuclear first strike.

As someone who studied Russian history, I found myself nonetheless being continually surprised in reading The Russian Peace Threat, by shocking new facts about that US hostility that I had not been aware of. For example, at the end of Chapter 10, on the launching of the Cold War by then Prime Minister Winston Churchill and Harry Truman at the end of World War II, Ridenour describes how Churchill presented a plan to the US called “Operation Unthinkable,” which envisioned having the combined forces of the US, Britain and Canada along with some 100,000 rearmed Nazi troops attack the presumably exhausted and over-extended Soviet Red Army then still fighting remnants of the Wehrmacht in eastern Germany. Operation Unthinkable, which Ridenour writes was kept secret until 1998, also envisioned, as early as mid-1945, using the new atomic bombs being developed by the US and Britain in the Manhattan Project and not yet even tested on Japan, against Soviet troops and even on the Soviet capital of Moscow…