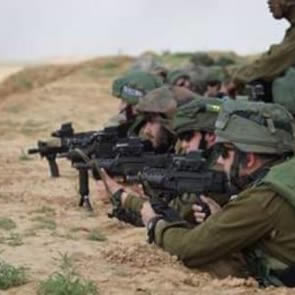 Israel has passed a law allowing its Minister of Education to ban from its schools any person or group who criticizes Israel — apparently something that no teachers or students in Israel are supposed to do either (though some do). The hasbara, or pro-war propaganda, spin on this is that it is protecting Israel’s brave Troops from (rhetorical) “attacks.” But one of the chief targets of the law is understood to be Israeli troops who speak about what it is they do. And the law explicitly identifies for banning from schools those who advocate “legal or political” actions, which tend to be taken against those who make laws and political decisions, not against Troops.

Are recruits told that their military training will reduce them to such pitiful beings that they will magically suffer if children in a school somewhere speak critically of Israeli government policies?

If Israel were doing nothing wrong, if it had the ability to show with reasonable argument that it was doing nothing wrong, it would not need to go to such efforts to shield its young people from undesirable viewpoints. If it were trying to educate them to be thinkers and pursuers of justice, it would welcome all viewpoints. Instead it is banning advocates for peace and nonviolent rational debate and conflict resolution — violating basic principles of liberalism and also violating the law.

As Pat Elder has pointed out to me, Israel is party to the Optional Protocol to the Convention on the Rights of the Child on the involvement of children in armed conflict, which makes the minimum age for military recruitment 18, while allowing 17-year-olds to voluntarily enlist, as Israel does, if . . .

But how can this be voluntary and fully informed in a state where anyone who mentions the actual “duties involved in such military service” is banned from entering any school?

When Israel ratified the above Protocol, it added this language:

“The Government of the State of Israel maintains the following safeguards in respect of voluntary recruitment into the armed forces so as to ensure that such recruitment is not forced or coerced: . . . Clear and precise explanation of the nature of the duties involved in military service is provided to both the person and the person’s parents or legal guardian.”

Clear and precise? What about true or accurate or complete?

What does Israel have to hide?

Well, nuclear weapons. Maintaining the threat of ending the world will be the task of some recruits.

Apartheid. Israel just passed another law to encourage the creation of Jewish-only towns, or what the United States calls sundown towns (Get your [black/Palestinian] ass out of [town name] before sundown). That will require help from military recruits.

Arming Nazis. Israel can’t get enough weapons to Nazis in Ukraine without the work of some of its well-educated recruits.

Genocide. Israel is gradually killing the entire population of the territories it seizes and occupies. An open discussion by honest seekers of truth and understanding might end up including some slight questioning of the morality of this.

That won’t happen in Israeli schools, unless the world condemns fascism EVERYWHERE it arises. Here’s an email address for the Ministry of Education: edusite@education.gov.il