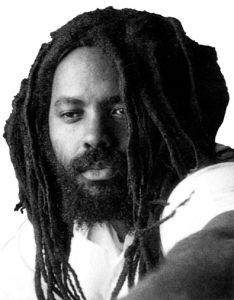 Following a brief hearing in Philadelphia yesterday, Court of Common Pleas Judge Leon Tucker, learning that the Philadelphia District Attorney’s office had thus far failed find and turn over, in response to his earlier order, any documents showing a role by former District Attorney Ron Castille regarding the department’s handling of an appeal by then death-row inmate Mumia Abu-Jamal, adjourned the hearing until Aug. 30. The judge acted to give Abu-Jamal’s attorneys time to depose a former DA employee about a still unlocated memo apparently composed by her for then DA Castile concerning Abu-Jamal’s case.

Later, an attorney from the DA’s office stood outside on the sidewalk amidst a scrum of TV cameras and said, “We haven’t found any evidence so far that Judge Castille played any role as DA in Abu-Jamal’s appeal of his conviction. It was just a run-of-the-mill appeals process.”

If one wanted evidence of how absurd that assertion was — that the appeal of a 1982 murder conviction and death sentence for the slaying of a white police officer by one of the city’s leading African-American journalists, himself police critic and former member of the city’s Black Panther Party, was anything but a prime political concern for District Attorney Castille, whose office had the responsibility of preventing any challenge to sentence — all one had to do was try to get into the courtroom on Monday.

I tried. Some 100 or so supporters of Abu-Jamal had shown up at 7:30 in the morning outside the county courthouse on Filbert St. near City Hall to protest his continued incarceration. They then lined up when doors opened to shuffle their way through security in the court building and then up to the 11th floor to line up again at the entrance to the small courtroom Number 1108. By the time I got there, along with many other journalists and interested parties, we found ourselves unable to get into the courtroom. But a lot of police officers, even those arriving later than us, had no trouble gaining entry.

The sheriff’s deputy standing guard in her flak vest at the courtroom entrance, and another guarding a side entrance to the courtroom, saw to it that plenty of cops in uniform, fully equipped with their sidearms and tasers, were allowed inside to sit in the spectator benches and put pressure on the judge and the attorneys from the DA’s office. When anyone left the courtroom, the sheriff controlling access still barred other citizens waiting in the hallway from replacing them. But if a cop left the courtroom, another would freely enter. Over at the side door, other officers were also occasionally being allowed to enter. Clearly space was being reserved in the courtroom for police at this hearing.

In general, police officers are not supposed to wear their uniforms when they are off duty, although in some cities they are allowed to do so if they are doing some security job where the department has specifically authorized them to wear the uniform. Otherwise no. But here they were…

For the rest of this article by DAVE LINDORFF, author of Killing Time: An Investigation into the Death-Row Case of Mumia Abu-Jamal (Common Courage Press, 2003) and member of ThisCantBeHappening!, the uncompromised, collectively run, six-time Project Censored Award-winning online alternative news site, please go to: www.thiscantbehappening.net.3886