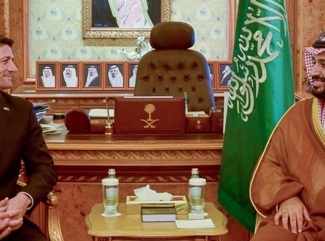 On January 23rd an overcrowded smuggling boat capsized off the coast of Aden in Southern Yemen. Smugglers packed 152 passengers from Somalia and Ethiopia in the boat and then, while at sea, reportedly pulled guns on the migrants to extort additional money from them. The boat capsized, according to The Guardian, after the shooting prompted panic. The death toll, currently 30, is expected to rise. Dozens of children were on board.

The passengers had already risked the perilous journey from African shores to Yemen, a dangerous crossing that leaves people vulnerable to false promises, predatory captors, arbitrary detention and tortuous human rights violations. Sheer desperation for basic needs has driven hundreds of thousands of African migrants to Yemen. Many hope, upon arrival, they can eventually travel to prosperous Gulf countries further north where they might find work and some measure of security. But the desperation and fighting in southern Yemen were horrible enough to convince most migrants that boarded the smuggling boat on January 23rd to try and return to Africa.

Referring to those who drowned when the boat capsized, Amnesty International’s Lynn Maalouf said: “This heart-breaking tragedy underscores, yet again, just how devastating Yemen’s conflict continues to be for civilians. Amid ongoing hostilities and crushing restrictions imposed by the Saudi Arabia-led coalition, many people who came to Yemen to flee conflict and repression elsewhere are now being forced yet again to flee in search of safety. Some are dying in the process.”

In 2017, more than 55,000 African migrants arrived in Yemen, many of them teenagers from Somalia and Ethiopia where there are few jobs and severe drought is pushing people to the verge of famine. It’s difficult to arrange or afford transit beyond Yemen. Migrants become trapped in the poorest country in the Arab peninsula, which now, along with several drought-stricken North African countries, faces the worst humanitarian disaster since World War II. In Yemen, eight million people are on the brink of starvation as conflict-driven near-famine conditions leave millions without food and safe drinking water. Over one million people have suffered from cholera over the past year and more recent reports add a diphtheria outbreak to the horror. Civil war has exacerbated and prolonged the misery while, since March of 2015, a Saudi-led coalition, joined and supported by the U.S., has regularly bombed civilians and infrastructure in Yemen while also maintaining a blockade that prevented transport of desperately needed food, fuel and medicines.

Maalouf called on the international community to “halt arms transfers that could be used in the conflict.” To heed Maalouf’s call, the international community must finally thwart the greed of transnational military contractors that profit from selling billions of dollars of weapons to Saudi Arabia, the United Arab Emirates (UAE), Bahrain and other countries in the Saudi-led coalition. For instance, a November, 2017 Reuters report said that Saudi Arabia has agreed to buy about $7 billion worth of precision guided munitions from U.S. defense contractors. The UAE also has purchased billions in American armaments.

Raytheon and Boeing are the companies that will primarily benefit from a deal that was part of a $110 billion weapons agreement coinciding with President Donald Trump’s visit to Saudi Arabia in May.

Another dangerous crossing happened in the region last week. U.S. Speaker of the House Paul Ryan (R-WI) arrived in Saudi Arabia, along with a congressional delegation, to meet with the monarchy’s King Salman and subsequently with Saudi Crown Prince Mohammed bin Salman who has orchestrated the Saudi-led coalition’s war in Yemen. Following that visit, Ryan and the delegation met with royals from the UAE.

“So rest assured”, said Ryan, speaking to a gathering of young diplomats in the UAE, “we will not stop until ISIS, al-Qaeda, and their affiliates are defeated and no longer a threat to the United States and our allies.

“Secondly, and perhaps most importantly, we are focused on the Iranian threat to regional stability.”

Beyond the simple well-recorded fact of lavish Saudi financial support for Islamist terrorism, Ryan’s remarks overlook the Saudi-led coalition military assaults and “special operations” in Yemen, which the U.S. supports and joins. The war there is arguably undermining effort to combat jihadist groups, which have flourished in the chaos of the war, particularly in the south which is nominally under the control of the government allied to Saudi Arabia.

The Iranian government Ryan denounced does have allies in Yemen and may be smuggling weapons into Yemen, but no one has accused them of supplying the Houthi rebels with cluster bombs, laser-guided missiles and littoral (near-coastal) combat ships to blockade ports vital to famine relief. Iran does not provide in-air refueling for warplanes used in daily bombing runs over Yemen. The U.S. has sold all of these to countries in the Saudi-led coalition which have, in turn, used these weapons to destroy Yemen’s infrastructure as well as create chaos and exacerbate suffering among civilians in Yemen.

Ryan omitted any mention of the starvation, disease, and displacement afflicting people in Yemen. He neglected to mention documented human rights abuses in a network of clandestine prisons operated by the UAE in Yemen’s south. Ryan and the delegation essentially created a smokescreen of concern for human life that conceals the very real terror into which U.S. policies have thrust the people of Yemen and the surrounding region.
Potential starvation of their children terrifies people who can’t acquire food for their families. Those who can’t obtain safe drinking water face nightmarish prospects of dehydration or disease. Persons fleeing bombers, snipers, and armed militias who might arbitrarily detain them shudder in fear as they try to devise escape routes.

Paul Ryan, and the congressional delegation traveling with him, had an extraordinary opportunity to support humanitarian appeals made by UN officials and human rights organizers.

Instead, Ryan implied the only security concerns worth mentioning are those that threaten people in the U.S. He pledged cooperation with brutally repressive dictators known for egregious human rights violations in their own countries, and in beleaguered Yemen. He blamed the government of Iran for meddling in the affairs of other countries and supplying militias with funds and weapons. U.S. foreign policy is foolishly reduced to “the good guys,” the U.S. and its allies, versus “the bad guy,” – Iran.

One Reply to “A Treacherous Crossing”