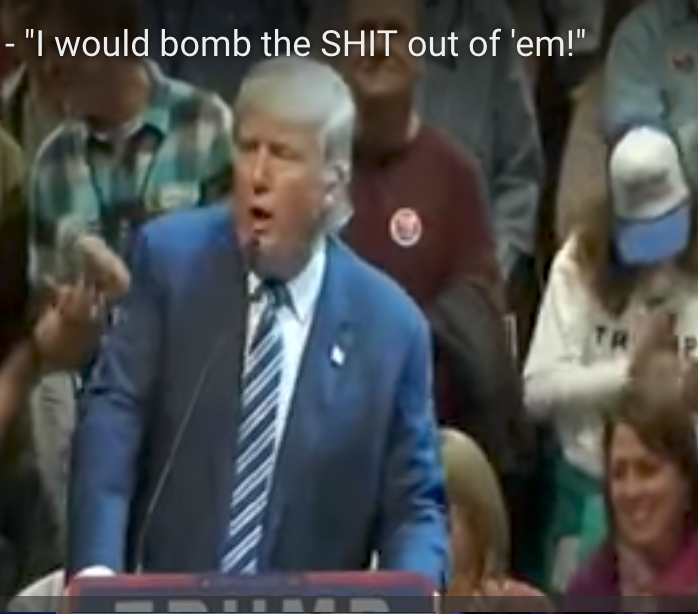 That’s the reflexive response millions of people have given for dealing with Iran, Iraq, Syria, Palestine, North Korea. In years past, they said the same for Cuba, North Vietnam and Russia.

I call it fantasy because nuclear weapons don’t work and they never have… in terms of winning anything. Ward Wilson argues this very persuasively. He says that the US defeated Japan using carpet bombing of dozens of cities, that the nuclear bombs used on Nagasaki and Hiroshima did not win the war, just gave the emperor and Japanese generals a face-saving excuse.

I say it’s top down because nuclear weapons are the ultimate hard power solution. Hard power is based on threat, force or money. Authoritarians love hard power– forcing domination on people to make them compliant. The opposite of hard power is soft power, which is Bottom up. Joseph Nye, the author of book, Soft Power, told me that soft power is about attraction. Creating inspiring movies, music, stories, building schools, hospitals bridges– those are soft power strategies which attract the people. Former State Department policy advisor Anne Marie Slaughter described to me how the future of diplomacy involves building bridges by creating relationships and deepening connections between people with similar interests– say librarians in Africa and Albuquerque.

But there are millions of people who go with the “nuke the bastards” reflex. Why?

Some people have an investment in nuclear weapons– Air Force generals, who deliver the bombs, for example. Industries that build components for the bombs or the missiles. Armed services that manage and “protect” the nuclear bombs, bombers, silos.

But then there are millions more who not only do not benefit, but they are hurt by them. After all, Nuclear weapons are among the worst parasites upon humanity and the earth’s resources.

These millions are authoritarians, meaning, they are people who need to be dominated and told what to do by dominating authoritarian people. They embrace simple, Top Down solutions, and nuclear bombs are the absolute simplest. Stupid, but simple.

And of course, authoritarian dominators love the nuclear fantasy too. Donald Trump used this similar phrase, “Bomb the sh*t out of them” in his campaign gruntings. I’d wager that for Trump, thinking about nukes gives him some kind of sexual pleasure, or, at the least, makes him feel more manly.

The “nuke the bastards” and “bomb the hell out of them” reflexes are deeply programmed into millions of people, maybe even billions. They have been presented as the ultimate simple solution. But Occams razor would be wrongly applied here. There is no nuclear solution. There is a a nuclear annihilation, nuclear destruction, fast or slow, of the planet. But no nuclear weapons solutions. Those are fantasies that are totally devoid of the smallest amount of reality.

But ideally we need to get this idea that nuclear weapons are the solution to anything out of people’s heads, let alone reflexes. We need to educate people, to the extent that they see soft power as the best answer. And that would include funding diplomacy and new, creative approaches to building soft power, as well as better than we fund the military– to the tune of hundreds of billions of dollars.

One Reply to “Top Down Nuclear Masturbatory Fantasies”