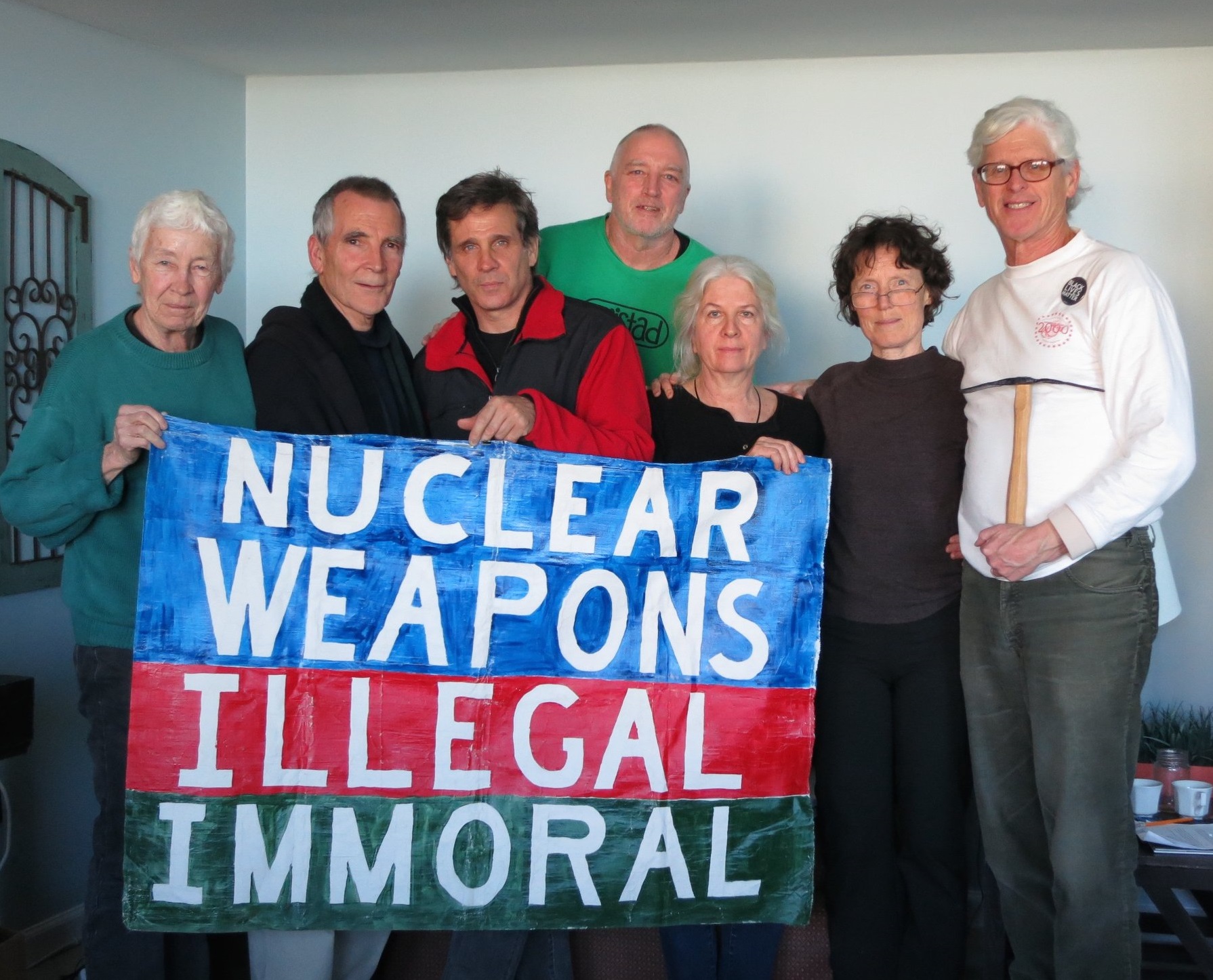 On October 24, following a three-day trial in Brunswick, GA, seven Catholic Workers who acted to disarm a nuclear submarine base were convicted on three felony counts and one misdemeanor. The defendants face 20 years in prison, yet they emerged from their trial seeming quite ready for next steps in their ongoing witness. Steve Kelly, a Jesuit priest who has already spent ten years in prison for protesting nuclear weapons, returned, in shackles, to the local jail. Because of an read more