Burning Raqqa
The U.S. War Against Civilians in Syria
By Laura Gottesdiener

It was midday on Sunday, May 7th, when the U.S.-led coalition warplanes again began bombing the neighborhood of Wassim Abdo’s family.

They lived in Tabqa, a small city on the banks of the Euphrates River in northern Syria. Then occupied by the Islamic State (ISIS, also known as Daesh), Tabqa was also under siege by U.S.-backed troops and being hit by daily artillery fire from U.S. Marines, as well as U.S.-led coalition read more

Yes, I’m going to tell you what’s missing from this film without watching the film. Trump has, as promised, made me so sick of winning that I really could enjoy watching a defeat film, but I think I’ll pass. If I’m wrong about what’s missing from it (I mean one of the many things that are, no doubt, missing from it), I promise that I will eat an entire plan for victory in Afghanistan annually for the next decade.

Kurds ‘collaborating’ with Russia and Syrian regime over Raqqa, SDF reportedly ceded towns in northern Syria to regime forces as part of a Russian-brokered deal – alaraby.co.uk

This article originally appeared at TomDispatch.com. To receive TomDispatch in your inbox three times a week, click here.

In May 2012, TomDispatch featured a piece by Chris Hellman and Mattea Kramer, both then analysts at the National Priorities Project, headlined “War Pay: The Nearly $1 Trillion National Security Budget.” The two of them ran through the figures for the cumulative annual budget for what we still mysteriously read more

Neither remotely approaches the far more desirable governance that one would get using direct democracy, governance by opinion poll. The reason for the pretense of populism is clear: people are wiser, even laboring under today’s relentless sewer of propaganda, than any contingent in either mega-party. There read more

On “Speaking Truth to Empire,” on KFCF 88.1 FM Free Speech Radio for Central California, Dan Yaseen interviews Steve Lendman, an author, a progressive blogger and an internet radio host. He writes on vital international and national topics, including war and peace, American imperialism, corporate dominance, political persecutions, and a range of other social, economic and political issues. His website is: www.stephenlendman.org 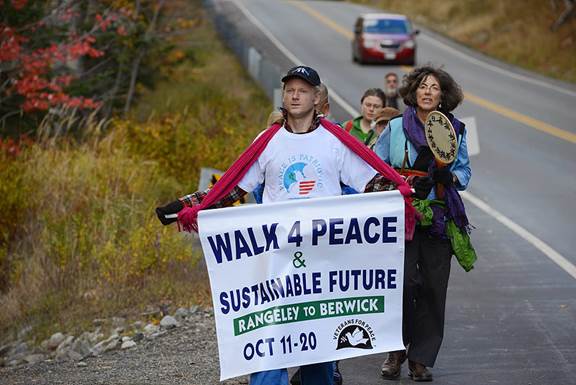 Today’s guest post by civil disobedient Jason Rawn was rejected by the Times Record. A daily paper local to General Dynamics’ Bath Iron Works plant, the Times Record customarily publishes a monthly opinion column written by various Peaceworks members. In July the editor refused the submitted piece saying that drawing connections between the present day and the Holocaust is “a bit much.” But is it? You be the judge.

Are We The “Good Germans” Now?

US official: IS putting up stiff resistance in Syria’s Raqqa, advances have slowed down – Fox News

Raqqa: IS militants burst from tunnels, hit weak points in a bloody battle of attrition from street to street – ABC News

US sends in mine-proof trucks for battle in Raqqa – theaustralian.com

Armored US combat vehicles have been spotted pouring into Syria (PHOTOS, VIDEO) – taskandpurpose.com

VIDEO: US Marine Corps artillery destroys ISIS tunnel entrance in support of SDF in Raqqa on June 19 with little to no collateral damage – Mutlu Civiroglu on Twitter